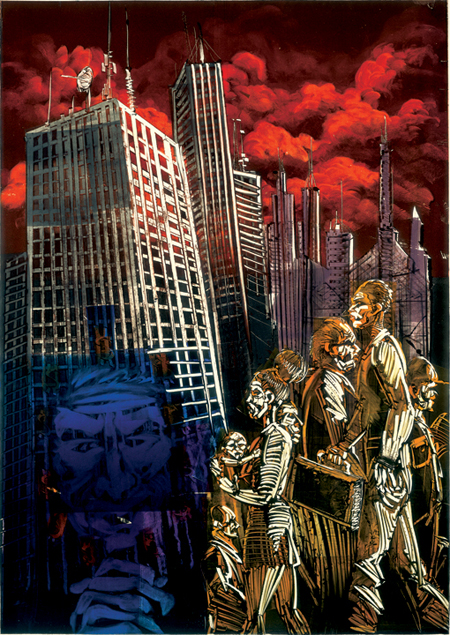 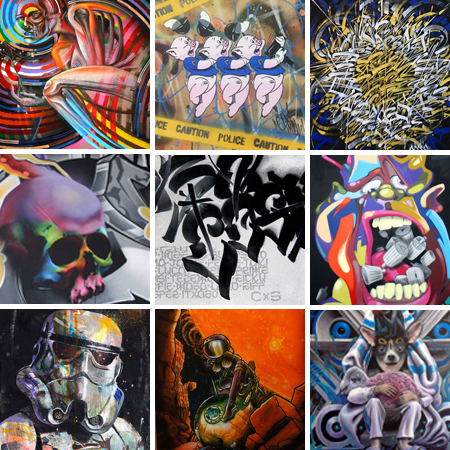 A London street art tour will show you that London is awash with street art in all of its forms and here at London street art tours and Graffiti tours, we aim to show the very best of what the capital has to offer. Graffiti is an art form in its own right and should be experienced by all. Other terms used are ‘Urban art’ or ‘Guerrilla art’ to describe what is more commonly referred to now as street art these days.

Street art is very colourful and more often than not, it is pleasing on the eye and brightens up the area in which it is located. These hidden masterpieces can be found adorning walls, doors and even the pavements in and around London with its epicentre in Shoreditch..

Others include ‘Ben Eine’ famed for his alphabet  lettering on shop window shutters, ‘Paul Don Smith’ and of course Charles Uzzell Edwards known as ‘Pure Evil’, a ‘Banksy’ stable mate.

A walking tour of street art allows you to enjoy at close hand the skill of the artist. You will see things that are not possible to see when driving past in your car or on the bus.

Shorditch in London seems to be a mecca for street artists and it is one of over 60 cities in 30 different countries around the world that has been ‘invaded’ by the prolific urban artist Space Invader.  By far one of the best ways to make sure you don’t miss any of Space Invaders 20 to 30 unique and distinctive mosaic art pieces scattered inconspicuously around the streets of Shorditch is to take a London street art tour with londongraffititours.com. He calls his pieces invasions and his Invaders come in all different sizes, some are huge and easy to spot but the majority are very small and often found lurking low down in corners or high up above a street signs, hiding in plain sight and London Graffiti Tours knows where in Shorditch they all are.

Space Invader is the very apt pseudonym taken by a French street artist whose work is inspired by the arcade game graphics of the same name.  His art is created using square ceramic tiles to produce mosaic designs that mimic the style of the 8-bit video games of the late 70’s and early 80’s.  Every Invader is completely unique and while most are infused with a cultural message, such as a dig at today’s Big Brother CCTV society, some are purely for fun using iconic images like Super Mario or Star Wars.

A self-professed hacker of public spaces, Invader uses the streets as his canvas as he believes that art galleries and museums are not easily accessible to everybody.  This way he is deliberately making his work as public as possible for ordinary people to enjoy on a daily basis and although it may seem like it to the casual observer, the sites for his Invaders are not random.  Each site is actually carefully researched (very often with local support) and is chosen for its aesthetic and conceptual positioning.  Space Invader does not always go for the highest visibility options either, many of his Invaders are on less prominent sites which makes the ‘hunt’ for them even more challenging.  He believes that “A spot is like a revelation… it jumps out at you”

For the past 10 years or so Space Invader has also been working on another project that he calls “Rubikcubism” which exclusively uses Rubik’s Cubes to create portraits and other images from popular culture.  Invader first does a sketch, then manipulates each individual Rubik’s Cube to display the coloured squares that he needs before gluing them all together on to a backing board.   His method has since been profusely copied but he was the first and arguably the best.

Space Invader has certainly invaded the world with his ideas, originality and talent.  His Invaders sometimes fun, sometimes tongue in cheek, sometimes blatant commentary on the world we live in, but always a pleasure to find. Why not take a London Graffiti Tour and see some of his amazing Invaders for yourself? www.londongraffititours.com

Ben Eine is one of the most prolific producers of London street art today. His distinctive work is a highlight of many London graffiti tours and can mostly be found around Shoreditch, Broadway Market and Brick Lane.

He is now best-known for a range of commercial projects, most famously shop shutters. His work centres heavily around bold, colourful letters in a range of styles such as circus and neon-style writing. His distinctive styles of lettering are often used for advertisements and magazines.

One thing that makes Ben Eine unique is his use of colour. He has a natural instinct for choosing colours that will precisely complement each other. He often favours bold, bright colours which really make the most of this talent and give added impact to his art.

Ben Eine was a prominent figure in the underground London street art scene before breaking into commercial graffiti. His rise from obscurity came about in part through his cooperation with Banksy, perhaps the single best-known producer of London street art in history. While working as a screen printer, Eine produced many prints for Banksy and his natural eye for colour enabled him to suggest subtle improvements to the pseudonymous artist’s work, leading the two to form a firm partnership.

Perhaps the most impressive incarnation of Eine’s bold, colourful lettering came about in May 2010. He adorned Middlesex Street with an entire alphabet of his distinctive London street art. Residents embraced his work, christening the road “alphabet street.” This achievement was also praised by The Times and became an instant highlight of many London graffiti tours.

Eine has been responsible for some of the most famous and distinctive pieces of London street art, and his work on East End shop shutters is an essential component of many London Graffiti tours. His unique style and formidable talent have earned him no shortage of recognition and praise. In 2008, he was named as one of the six best new street artists in London by Time Out magazine, and in 2010 a Ben Eine painting was given as an official gift from the Prime Minister to US President Barack Obama.

Most of Ben Eine’s work has been produced in London, but he has also brightened up a number of other towns and cities. These include Hastings (where he has a studio), Newcastle, Paris and Stockholme. His work has also appeared in galleries and exhibitions around the world, including France, the USA and Norway. One of his pieces, “Circus Love,” was also displayed on the wall of Oxford Circus’ Central Line as part of Art Below. By being featured in Art Below, he followed in the footsteps of many of the most prestigious names in London street art, including Banksy and Goldie.

Altogether, Eine’s work has become a distinctive and unmissable feature of London’s graffiti scene, and an integral part of the Capital’s urban landscape. A range of London graffiti tours are dedicated to helping people discover this must-see artist’s work.